← back to
Dangerbird Records
Get fresh music recommendations delivered to your inbox every Friday. 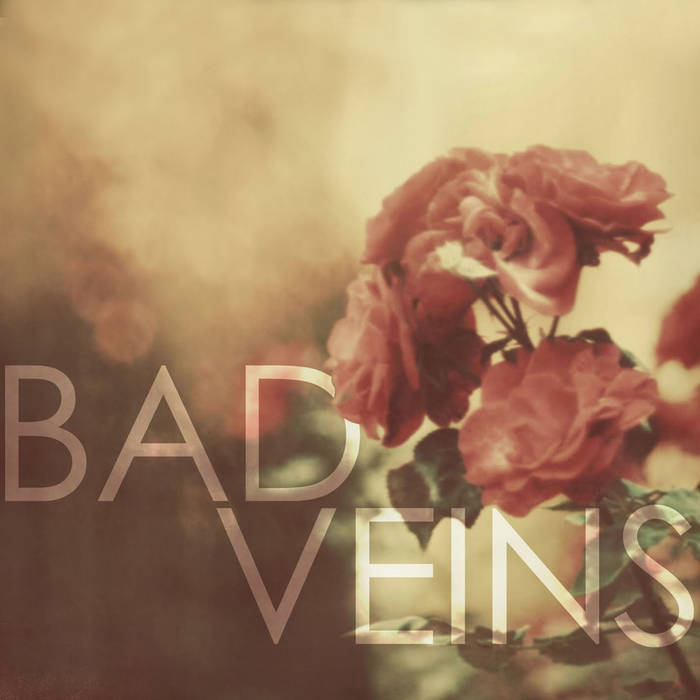 In late Fall 2008, Benjamin Davis and Sebastien Schultz of Bad Veins posted an entry on their blog titled “Best of Times, Worst of Times.”

The pre-Thanksgiving update brought good news. Their debut full-length was finally complete. It also detailed setbacks such as the theft of their faithful late 90’s Dodge Caravan during the Cincinnati blackout brought on by Hurricane Ike. As happy as they might have been about the record, they were still sad to see their companion gone. After all, their journey from 4-song demo to finished album was long, and the vehicle had been one of the few things they believed they could take for granted.

That trip began two years earlier with Davis at home playing around with orchestral arrangements in his attic. In little time some serious compositions began to materialize, and after playing one solo show, he quickly realized he needed something else to make the songs translate live. Enter Schultz, a French born but American raised drummer that had just seen his own band call it quits. Bad Veins, along with their unofficial third member Irene (a 1973 Pioneer reel to reel recorder responsible for playing back the lush background mixes), were now ready to hit the stage.

Word spread quickly out of Cincinnati; only a few weeks after their first practice they were playing a Gothamist showcase in New York, and their 4-song demo had a handful of labels expressing interest. A few months later they were one of the inaugural signings to RCRDLBL, and had released a “7 via New York’s Dovecote Records. At their first CMJ (2007) they drew praise from the festival itself, and were nominated the “Break Out Artist” that year after wowing audiences at multiple gigs. “My personal favorite part of being in Bad Veins,” explains Davis, is coming in to a venue unknown to an indifferent crowd and a rude sound guy. “If we play our cards right, those people won’t blink our entire set, and that sound guy who didn’t care to even ask me my name will be blitzing me with questions about how two nerds made that happen.”

After a steady string of accomplishments that would make most any band proud, Bad Veins were riding high and were anxious to work on recording their debut full-length. Even though they’d earned many fans in the industry and the press, more time passed without a serious label deal materializing. Davis and Schultz began to realize that in a cash-strapped industry, they might have to take matters into their own hands. With bills to pay and other real life concerns at home however, it was unclear just how they’d finance the recording process on their own.

The task seemed daunting. But as Schultz notes, one of the things he and Davis have taken away from their experiences thus far is a need for endurance. As Schultz explains “it is important to remember that the only difference between those who ‘make it’ in music and those who don’t is endurance. So we keep going and going and hoping that some sort of success is just around the next bend.”

On April Fools Day 2008, another bright spot emerged as Davis received a phone call that anyone would be hard pressed to believe. Bad Veins had apparently been selected to receive the first ever Target Music Maker Award at an event in conjunction with the Tribecca Film Festival’s “Breaking The Band” showcase. It was a $10,000 grant for which they were hand picked by the influential music supervisor Alexandra Patsavas, founder of Chop Shop Music Supervision, responsible for the music behind “Grey’s Anatomy,” “Gossip Girl”,“Roswell”, and many other critically acclaimed films and TV shows known for their sound-tracks. With the grant from the Music Maker award, and a couple of other sync licensing deals that materialized in the following months, Bad Veins found they had the resources needed to go through with recording and producing the album on their own.

The duo quickly got to work, and spent the summer crisscrossing the nation. They tracked orchestral arrangements and overdubs at home in Cincinnati, and Piano parts were recorded in a church in Covington, KY. In Richmond, VA, they spent late nights putting down drums, vocals, and a bit of everything else at Black Iris studios. When it came time to mix the record they did much of the work at the West Coast Black Iris location in Los Angeles.

On the record Bad Veins looked to find a balance between the sound of their original lo-fi demos, and the quality they were capable of achieving in the studio. The lush melodies flow over catchy guitar riffs, swelling ballads, and upbeat rhythms. For many of the lyrics Davis drew upon his own emotional struggles with feelings of isolation. He cites a particular line from the song “This Ending,” which states ‘you’re not alone / but it’s hard to tell / cause everybody else hides so well.” Reflecting, he explains, “I tend to isolate myself and feel alone, even if I’m not.”

With final product in hand, Davis and Schultz are proud of what they’ve been able to accomplish on their own. “Knowing that despite the mundane day to day, we’re working towards something bigger,” has been a highlight explains Schultz. The next challenge at hand for Bad Veins is how and potentially with whom to release their debut. One thing is certain however. Seeing as they’ve come this far on their own, it doesn’t appear they’ll be quitting any time soon.

Bandcamp Daily  your guide to the world of Bandcamp